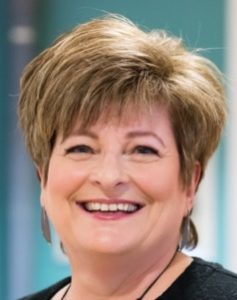 Prof Liz Lightstone addressed the Association on 10th January 2019. The title of her talk was “The Accidental Nephrologist”

After an undergraduate degree at Cambridge, she graduated in medicine from the University of London in 1983 and trained in nephrology at the Royal Postgraduate Medical School. She won a Medical Research Council (MRC) Training Fellowship in 1988 to undertake her PhD in immunology at University College London. This was followed by a MRC Clinician Scientist Fellowship at the Royal Postgraduate Medical School. She was appointed Senior Lecturer and Honorary Consultant Physician in 1995, Reader in 2011 and promoted to Professor in 2014.

In lupus nephritis (LN), she has focused on developing better diagnostic and prognostic tools and transforming therapeutic approaches. She was the first to show that rituximab was steroid-sparing in LN, and that, in a true paradigm shift, LN could be treated without oral steroids. Her work has led to steroid minimisation becoming a goal in all LN trials. She was the first to demonstrate that low hydroxychloroquine levels ‘captured’ non-adherence and higher risk of LN flare. She identified novel markers of poor prognosis and continues to evaluate the role of novel agents in phase 2 & 3 trials. Within the MRC Masterplans Consortium, she is defining transcriptome and proteome profiles that predict treatment responses. Additional contributions include advising on clinical trial design, co- authoring EU & UK guidelines, developing a Glucocorticoid Toxicity Index to standardize assessment across clinical trials, advising NICE and EMA, and supporting Lupus UK.

Her wider expertise in glomerulonephritis is increasingly recognised and she is now the global co-chair of the SONG- GN initiative which aims to define core outcome criteria, as judged by both healthcare professionals and patients, to be included in all studies of GN. She also co-chairs the UK Kidney Research Consortium Glomerulonephritis Clinical Study group which developed the recently successful bid to the NIHR for funding for a trial of rituximab in minimal change nephropathy and primary FSGS.

Recognizing the challenges faced by women with chronic kidney disease (CKD) who wish to have children, she established the National Rare Renal CKD & Pregnancy Registry, which will define 21st century outcomes & unmet need. She promoted steroid avoidance in LN in pregnancy and showed tacrolimus is safe in breastfeeding. Having identified biomarkers that distinguish pre-eclampsia from CKD, she has established an international network to predict the impact of pregnancy on kidney function. She is a PI on a UK proof-of-concept trial using apheresis to selectively remove sFlt-1 in pregnant women with pre-eclampsia. She has published extensively on CKD and pregnancy, authored consensus statements (2008/2017), is the renal expert advising the NICE guideline on intrapartum care of women at high risk of adverse outcomes and is coauthor of the first Renal Association Guideline on Renal Disease and Pregnancy. The 2018 World Kidney Day theme was Women’s Health and Disease, and as invited UK Renal Association lead, Professor Lightstone organized a national conference for patients and professionals, negotiated open access for key relevant articles and wrote invited reviews highlighting current knowledge and challenges.

Professor Lightstone is particularly proud that commitment to renal research led to her recent appointment as a Trustee of Kidney Research UK. She regularly delivers national and international educational events. She remains passionately committed to her clinical practice jointly managing a combined renal/rheumatology lupus clinic following more than 400 patients with LN. She established and runs a renal obstetric clinic and a pre-pregnancy counselling clinic. Her advice is sought nationally and internationally for the management of challenging cases  in both lupus and pregnancy in kidney disease

She also makes damn fine chicken soup – though more recently she taught her husband, Dr Ian Goodman, a GP and Chair of Hillingdon CCG, how to make it too; she is entertained by the observation that whilst her ability to make chicken soup was considered by all to be part of her job description for the 35 years they have been married and therefore rarely mentioned, his new found skill is greeted with huge praise and astonishment…. She continues to tackle unconscious bias at work and at home!

In her Presidential Address Liz told the Association how her career had evolved, from a chance starting point in kidney disease, via a fellowship which led to her interest in the immune system, and into her present role. She described her current work on kidney disease in pregnancy, and on her important treatment studies which are looking at the relationships between the use of steroids and biologicals for kidney disease.